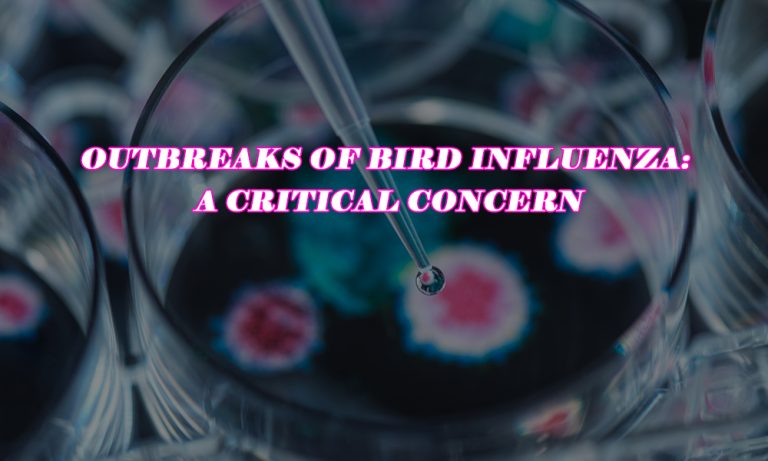 The COVID-19 pandemic and the continuing people’s reactions to its dangers emphasize one of the major oversights of governments worldwide—they have long been unprepared for the sobering prospect that pandemics will persist and continue to kill millions of people as they have for ages. Identifying and drawing up solutions for future pandemics is a hot public policy question.

While the monkeypox outbreak has been on the news for some time, the recent avian influenza spread is alarming.

Since the early 2000s, outbreaks of H5N1 avian influenza have presented the most critical threats to poultry farming and wildfowl. In typical outbreaks, thousands of birds are selectively slaughtered to contain the spread of the virus, inflicting considerable economic hardship on farmers. More concerning still is the threat of zoonosis. Currently, 863 humans have been infected, with 455 fatal cases. This 53% fatality rate raises alarm bells. While the human-to-human transmission is yet to be reported, the possibility of such transmission is hugely worrying.

In 1996, a particularly deadly strain known as HPAI H5N1 was identified in China. In 2021 and 2022, the US suffered numerous outbreaks of this strain, with millions of birds at hundreds of farms being killed. WHO reported the first case of human H5N1 transmission in the US on May 6, 2022, highlighting the possibility that more human infections may occur if the virus is not brought under control.

Wildfowl have also suffered immensely, with rare raptors and waterfowl at risk of infection and death. Controlling this virus will be essential not only for human activities but also for supporting delicate ecosystems.

On May 9, 2022, WHO reported a disease outbreak news item on a 4-year-old boy from Henan Province, China, who was diagnosed with H3N8 avian influenza. This case is noteworthy for being the first recorded case of H3N8 infection in humans. The strain is commonly found in wildfowl, resulting in mild symptoms in wild birds and domestic poultry.

The patient presented in a critical condition, suggesting that this strain could pose similar dangers as other avian viruses in humans. Thankfully, no close contacts of the patient were infected, highlighting that this virus may have low human-to-human transmission potential.

As ever, virologists are continuously assessing the potential for future outbreaks of influenza, both seasonal and pandemic. Some avian strains, such as H9N2, have been suggested as having pandemic potential; however, researchers believe that existing strains remain poorly adapted for mammalian transmission. Accurately assessing the threats posed by avian strains will remain a significant challenge. Still, modern reporting systems and data analysis may be a massive boon for identifying these threats quickly, particularly in wild populations that have been ignored in past monitoring strategies.