Higher education is mounting but problems lie forth 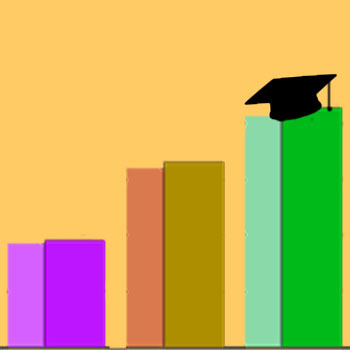 According to the latest survey conducted by All India Survey on Higher Education (AISHE), of the year 2016-2017 released by the government on 5 January, the percentage of young people in higher education in India has a marginal increase of 0.7% in the past year, up from a GER of 24.5% in 2015-16. The country has set an ambitious goal of attaining a gross enrolment ratio (GER) of 30% by 2020. The GER is the ratio of enrolment in higher education in comparison to the population of the eligible age group (18-23 years). The rise in participation this year is slightly less than the average increase of 0.75% in GER in the past four years and may not be enough to achieve the 2020 goal. Still, Minister of Human Resource Development Prakash Javadekar is optimistic and trying best to meet the goal. The rise in higher education participation has some major drawbacks and raises some challenges like failure to get suitable employment after graduation and lack of flexibility of the education sector are big issues.

« What are the things to keep in mind while creating a successful Graphical Abstract?
PLOS attains its publishing milestone, 200,000 Research Articles and Counting »