Papers that triumphed over rejections

For any academic, it is very important to cope with publication rejection in the right way. This requires the ability to take criticism positively and, sometimes, good negotiating skills. Paper rejection should be considered as a stepping stone to improve your paper further. Besides, rejection sometimes happens because the reviewers simply failed to appreciate the paper’s importance. 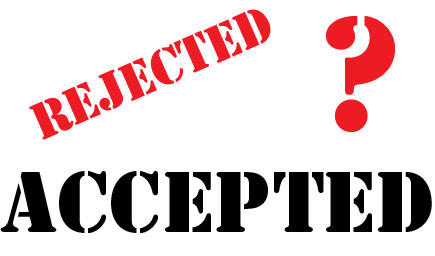 There are many significant scientific results that were initially rejected by major journals and magazines before being eventually published in the same journal or a different one. Many of these articles later proved to be of exceptional importance to science.

Nevertheless, it is important to focus on the options available after a paper rejection. You may revise the paper and resubmit it to the same journal. Or, you may choose a different journal for submitting your paper. These are not the only options following rejection. The key is not to react emotionally.

Here is a list of some of the important papers that were initially rejected by one or more scientific journals. These examples simply indicate that you should never give up. As David Botstein says, “If it’s good and it’s new and it’s true and important, people will find it.”

– Enrico Fermi’s paper on the theory of beta radiation was rejected by Nature in 1933 because it contained “speculations too remote from reality to be of interest to the reader.” This work was later awarded the Nobel Prize in Physics in 1938.

– Hans Kreb’s paper on the citric acid cycle or “Krebs cycle” was rejected by Nature in 1937 because the editor already had “sufficient letters” for the next 7-8 weeks. The work later won a Nobel Prize in Medicine in 1953.

– Peter W. Higgs’s 1964 paper on the Higgs mechanism was rejected by Physics Letters because the editors felt that “it did not warrant rapid publication.” Higgs was later awarded a Nobel Prize in Physics in 2013.

– In 1966, Richard Ernst’s work on nuclear magnetic resonance spectroscopy, which later won the 1991 Nobel Prize in Chemistry, was rejected not once but twice by the Journal of Chemical Physics.

– Gerd Binning and Heinrich Rohrer’s report on their first experiments on scanning tunneling microscopy, which earned them a Nobel Prize in Physics in 1986, was initially rejected on the grounds that it was “not interesting enough.”